The Expanded Field > a tacit agreement

Artist Michael Casselli has called this exhibition at Blue House Gallery a tacit agreement. Standing between these two works is a visceral experience, and it’s only after letting one’s gut settle that the artist’s chosen language begins to take hold. Certainly, this is an opportunity to meditate on the stark actuality of capital punishment and the relationship between the state and the body. Additionally, in this setting — a gallery within the walls of a home — that relationship can be extended to a question of public and private (or state and domicile). This latter point is emphasized by the presence of curtains and stage lighting. In terms of the experience of the work, these inject an element of Lynchian surrealism. Discussing David Lynch’s use of curtains in his film and television oeuvre, Mark Fisher writes: “Curtains both conceal and reveal. [...] They do not only mark a threshold; they constitute one: an egress to the outside.” The space between these curtains — one blood red and the other institutional green — establishes the gallery space between as oneiric. It becomes an uncanny valley between state power and individual agency. The presence of two stages — one open, the other closed — doubles this as a tension between subject and object. The eeriness of these works is also palpable in their sterility. They are each bodily, yet bodies are absent. Above the lethal injection gurney, we see a ghostly shadow with outstretched arms. In the case of the mechanical cross, it is clearly itself a body: It breathes. It has appendages and a circulatory system. The instructions printed on its arm compels me to move its joystick, activating its machinery. What has compelled me to move its joystick? A sense of curiosity? Social pressure? At the point of action interface, the machine is a prosthetic of my own body — and my own actions are the prosthetic of a larger outside system, of which I don’t have a clear sense beyond its outsideness. Whatever it is, it encompasses the mechanical cross and the implicit contract of interfacing with a work of art in a gallery. An interpenetration of subject and object has taken place on this stage-within-a-stage, and it is metonymic for the behavioral mechanisms that transpire as state power moving through the social body. Steve Kemple 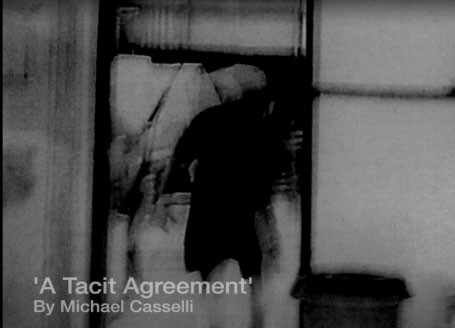 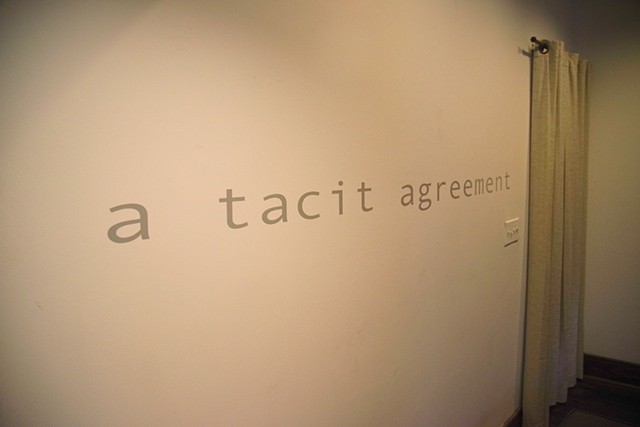 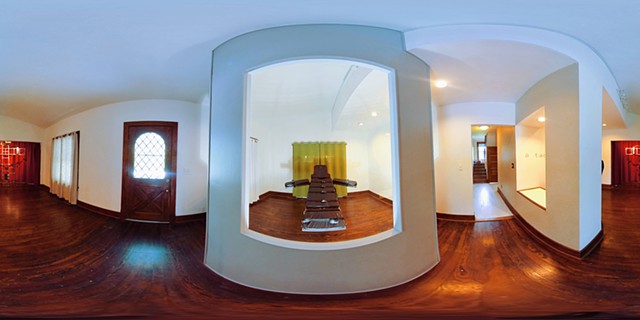 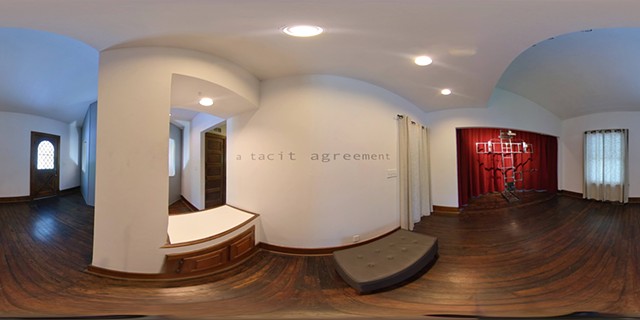 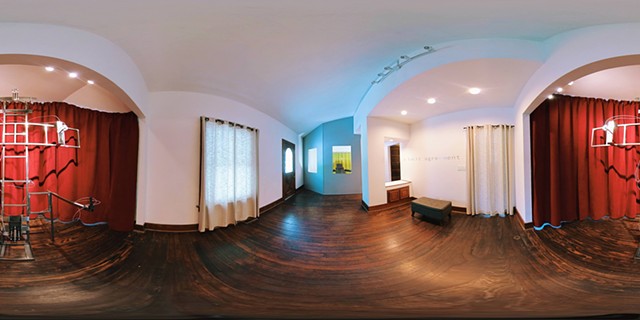 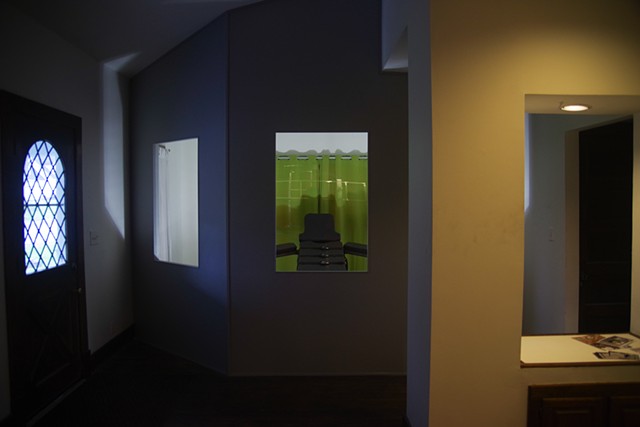 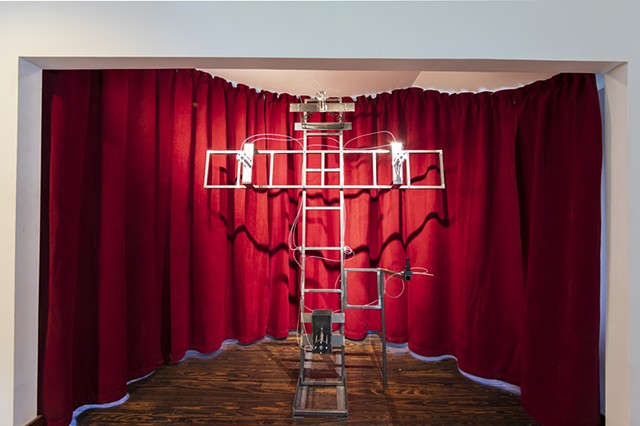 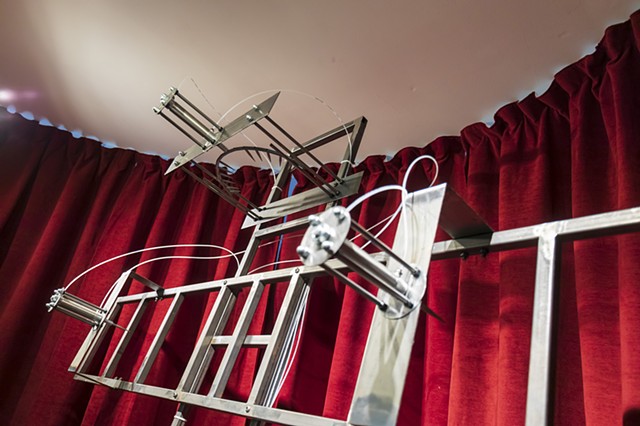 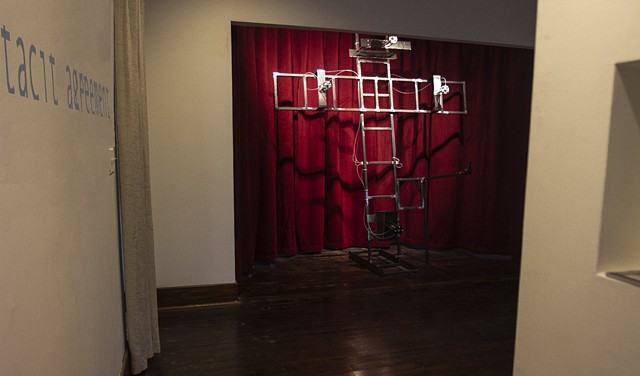